Email ThisBlogThis!Share to TwitterShare to FacebookShare to Pinterest
Labels: COVID-19 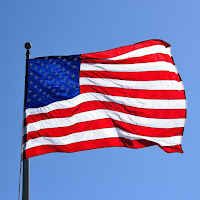 I am searching for America, a country divided.

I see one side hearkening to a time when people knew and accepted their place in this land of no castes, striving through independence and hard work to raise a God-fearing family and live a comfortable life, working in the coal mines and factories of American industry, the manufacturing engine that created the consumer society.

The other side wants to add chairs around the table, so all have a seat no matter their skin color, sexual orientation, gender identity, national origin, belief in God or no god. All at the table have equal dignity and the opportunity to pursue the fabled American dream through freedom and hard work.

Langston Hughes, the Black writer and social activist whose work spanned the first half of the 20th Century, movingly captured this divide in his poem “Let American Be America Again.” He begins,

(America never was America to me.)

Let America be the dream the dreamers dreamed—
Let it be that great strong land of love
Where never kings connive nor tyrants scheme
That any man be crushed by one above.

(It never was America to me.)

O, let my land be a land where Liberty
Is crowned with no false patriotic wreath,
But opportunity is real, and life is free,
Equality is in the air we breathe.

(There's never been equality for me,
Nor freedom in this "homeland of the free.")

Hughes goes on to paint a vision of the country living up to its founding ideals:

O, let America be America again—
The land that never has been yet—
And yet must be—the land where every man is free.
The land that's mine—the poor man's, Indian's, Negro's, ME—
Who made America,
Whose sweat and blood, whose faith and pain,
Whose hand at the foundry, whose plow in the rain,
Must bring back our mighty dream again.

Come November, we’ll learn how America sees itself, our values reflected through the peoples’ votes.

The Wikipedia biography of Hughes describes his ancestry, tragically too common:

Also posted to Medium.
Posted by Gary at 9:51 AM No comments: