The western sky is almost dark – just a faint band of twilight above dark clouds and below a blackening sky, with one planet brightly shining in the midst of the blackness. We’re flying along the tops of wispy clouds, with an occasional slight chop.

It was a beautiful morning flying out of Reno. I was seated at the window with a view to the west as we flew south. I saw Mount Rose and Slide Mountain, Washoe Valley, Lake Tahoe behind the front row of mountains, and Carson City with the blackened hills from the Waterfall fire. South of Genoa the plane turned westward over the Sierra and, somewhere below us, Yosemite.

The stop in San Jose was short. Most of the passengers left the plane, like my two seat-mates. The flight attendants counted those of us continuing on to LA and then boarded the new passengers. The flight from San Jose to LA, down the central valley of California, was uneventful. Off the plane in LA, I had a two hour layover, plenty of time for a Starbucks coffee, an energy bar for breakfast, and delving into the 9/11 Commission report. It was difficult finding a seat in the terminal, mobbed as it was by people, most seeming to fly Southwest. (There's a stock tip.)

My US Airways flight from LA to Charlotte was full except for one seat. They initially allowed one too many people on the plane and had to reopen the door to let off a man and woman, who must have been traveling together. I was lucky and upgraded to first class, so I had a comfortable seat for the four-hour flight, along with lunch. It consisted of a chicken and bacon salad (the former I ate, not the latter) and a chocolate chip cookie for dessert (which I resisted). But I did indulge in a glass of Chardonnay.

My layover in Charlotte lasted about an hour, sufficient time for a non-fat TCBY yogurt (my delayed dessert) and a bit more reading. On the flight to Manchester, I finished the power bar I had started in LA, with a hot tea. Now we’ve started our descent and are just about 10 minutes from the airport. We’ll arrive around 10:00, about 20 minutes early, and I’ll be home before 11:00.

Four flights in one day is too many. I’ve traced three sides of a rectangle around this country: Reno to LA, LA to Charlotte, and Charlotte to Manchester. 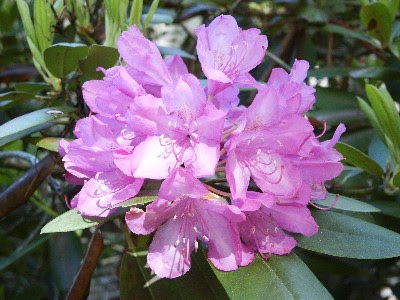