SARS-CoV-19, the virus causing rampant COVID-19 infections around the globe, is the greatest scourge to the country’s health and economic well being as any threat during my lifetime. As disturbing and puzzling as how the virus attacks the body — its spike protein able to penetrate human cells to replicate — is the country’s psychological response to the pandemic.

Assuming no attempts to mitigate the virus, an infected person is estimated to spread the virus to 5.7 others (R0 = 5.7), which makes it highly contagious, particularly since someone carrying the disease often shows no symptoms 1. While most people do recover, the number of deaths from the virus in the U.S. has reached a staggering 250,000 since January 21, when the first U.S. case was reported.

That dichotomy — most recover yet many die — may help explain why our society is struggling to develop a national strategy and the will to carry it out. The failure to develop and deploy an effective strategy to address the pandemic falls on the president. When confronted by a national challenge, we look to our president to marshal the country’s response and secure citizen commitment, particularly if we are asked as individuals to sacrifice for the good of the nation.

Tragically, President Trump’s response has been confusing and contradictory. The accelerated campaign to develop a vaccine, known as Operation Warp Speed, is his best effort, as a vaccine will have the greatest long-term effect reducing infections and deaths. Unfortunately, as the pandemic arrived in the U.S., the administration was inconsistent and ineffective coordinating the manufacturing and distribution of an adequate supply of PPE, largely leaving the states to compete with each other for scarce supplies. He favored the states with Republican governors and criticized Democratic governors and mayors for their quarantines.

From the bully pulpit, the president downplayed the seriousness of the virus and the best steps to prevent infection, undermining the use of masks through his words and the actions of his administration. The lack of masks and social distancing at the White House ceremony nominating Amy Coney Barrett to the Supreme Court arguably led to the president’s own infection with COVID-19, as well as multiple people who attended the event.

His contradictory and bellicose messages have obfuscated the seriousness of the pandemic and amped a strain of American individualism and distrust of government, a “you’re not the boss of me” attitude. His tweets and campaign speeches calling for the “liberation” of states and cities imposing quarantine measures fuels this dangerous ideology.

The president has consistently claimed success fighting the pandemic. During last week’s presidential debate, he said, “We're rounding the corner, it’s going away.” Yet the data shows the falseness of his words. The ineffectiveness of the president’s hollow claims and his wanton disregard for scientific guidance is quite obvious comparing the COVID-19 infections in China and the U.S.

Does this data confirm the president’s claim that “it’s going away”? Source: 91-DIVOC and Johns Hopkins.

China was slow to respond to the initial outbreak in Wuhan. When it did, it imposed a severe lockdown across the country, from 23 January until 8 April in Wuhan (ending sooner in other parts of the country). While the accuracy of China’s official numbers is questionable, it’s hard to argue the country’s infections were as high or as prolonged as those in the U.S.

Although its authoritarian quarantine was draconian, China did a far better job containing the virus. The country’s economy has reopened and is recovering. We are still struggling to limit the spread as SARS-CoV-2 propagates across the country. Surely our democracy can do better than we’ve done.

Today, appearing on CNN’s State of the Union, White House Chief of Staff Mark Meadows said, “We’re not going to control the pandemic. We are gonna control the fact that we get vaccines, therapeutics and other mitigation areas.” He said the pandemic can’t be controlled “because it is a contagious virus, just like the flu.” 2

With just a few weeks until the election, The Daily podcast examined the promises made by candidate Donald J. Trump and which of those he has fulfilled during his term as president. Peter Baker, the chief White House correspondent for The New York Times, provided this scorecard:

I found Peter Baker’s summary informative and useful, as it provides a tally of the president's promises, “successes,” and failures. The days since the presidential election and Donald Trump took the oath of office have been so chaotic and dystopian, I have been overwhelmed and don’t have an organized, coherent list of what has happened. So this gives me something to review and critique:

Taxes — The corporate tax cut went too far, and I wonder whether the claim it would lead to a reinvestment in America and more jobs has proven true. The individual tax cuts highly favored the wealthy; I feel they should have had a tax increase.

Regulations — No doubt some federal regulations are burdensome and deserve to be eliminated. Bureaucracies tend to overreach. However, aggressively cutting environmental regulations, as the president has done, impairs our already late and meager response to climate change. Eliminating the financial regulations enacted after the 2008 “great recession” seems like a quid pro quo from lobbying by banks and investment firms, which will likely lead to a similar financial catastrophe in the future.

Immigration — Having seen the contributions by immigrants to this country, I vehemently oppose the president's anti-immigrant, American first orthodoxy. It has led to dehumanizing and inhumane policies, particularly for those in marginalized communities. Building a wall across the U.S.-Mexico border, while symbolic, is an ineffective solution to the challenge of managing the flow of people looking for an opportunity to live the American dream.

America First — While globalization causes dislocations in industries and those who work in them, my belief is globalization and “free” trade collectively benefit the globe, including the U.S. and, admittedly, me. Ideally, the world would see itself as a common humanity rather than nationalistic silos competing in a zero-sum game. Governments should help those hurt by economic disruptions with “safety net” policies and programs to assist them learning new skills and making transitions to new roles, perhaps in other regions of the country. Just as common technical standards enable global data communication, fair agreements governing the environment, health, and trade benefit all. As we've seen, the weather and viruses don't stop at borders.

ACA — President Trump's actions to repeal the ACA with no replacement — despite his frequent promises of a wonderful plan coming within just a few weeks — seems motivated purely by Republican pique over the ACA and, particularly, the animus for President Barack Obama. This policy is likely the most hurtful to the American people, reflecting a callous disdain for every person's right to access health care.

COVID-19 — The number of infections and deaths in the U.S. compared to other countries reflects a failure in presidential leadership. No, we could not have avoided the pandemic, but a coherent national response could have coordinated resources, directing them to the hardest hit areas; funded emergency manufacturing of PPE; kept public awareness and protocols aligned with the evolving scientific understanding of the virus; minimized public complacency; and avoided the blue/red divide over masks and “liberating” cities and states from policies intended to reduce the spread — ultimately yielding fewer American deaths. Wearing masks became a political issue largely because President Trump regarded it as unnecessary and a sign of weakness, making it a controversy.

Drain the Swamp — Coupled with the president’s personality and temperament, this is arguably his most egregious violation of the norms and ethics of office. His self-dealing led to his impeachment by the House of Representatives, and his overall philosophy of avarice is reflected in the controversies surrounding his businesses and the many resignations by members of his administration for ethical lapses.

Values — I’ve always expected the President of the United States to be a living symbol of the values America aspires to achieve. During my life, no president has lived up to that ideal; yet, despite their politics, a number have moved our country closer to these values: Lyndon Johnson pushed civil rights legislation, Richard Nixon created the EPA, and Barack Obama effectively bet his administration to giving all Americans access to health care. Tragically, Donald Trump’s boorish persona and actions are antithetical to the values of a government of, by, and for the people. Instead, his values align with the sovereignty of the individual and the pursuit of money, power, and sex.

I couldn’t believe Donald Trump was a serious candidate for president, I was astonished when he became the Republican nominee, then heartbroken when he won the presidency. Since he assumed office, each day has brought a dismaying example of how this country’s principles are being undermined by a kleptocracy and a man who believes he is all powerful.

Given the deep divide in the country, I’m unsure whether those who view Donald Trump as I do will be able to prevail in the election. If we lose, I fear the next four years will seriously wound this country.

Whose Day Is It?

While talking with a colleague Friday, he mentioned our day off today, referring to the federal holiday designated as Columbus Day as Indigenous Peoples Day, wrying adding something about rewriting history.

Although his comment triggered me, I resisted the urge to give him my “fair and balanced” opinion, which would likely come across as a lecture. So I obliquely acknowledged his statement, understanding he feels like he’s walking across a political minefield during these highly contentious times.

So rather than lecturing him, I’ll think aloud here.

A long-used adage says history is written by those in power. Growing up, I internalized Columbus Day as celebrating the “modern” arrival of Europeans on the vast American landscape, which led to the European colonization of the continent, the birth of the United States, and my forebears coming in search of better lives. Arguably, I would not be here had Columbus not sailed west in search of a more direct route to the Indies.

The other side of the story is when Columbus arrived, the land was already occupied by many tribes of people. Over the coming centuries, the European settlers and United States government disenfranchised them of their rights, sought to erase their “primitive” cultures, and forced them to move to restrictive reservations. That meets the definition of genocide: “the deliberate and systematic destruction of a racial, political, or cultural group.”

Ironically, Columbus Day was first designated a national holiday not to celebrate the arrival of Christopher Columbus, rather as a one-time celebration to placate Italian Americans and ease diplomatic tensions with Italy. The holiday was declared by President Benjamin Harrison in 1892, following the murder of 11 Italian immigrants in New Orleans. At the time, Italian immigrants were seen as outside America’s racist view of itself as white and Protestant. Columbus Day didn’t become an annual federal holiday until 1968, possibly as much a celebration of Italian-American heritage as commemorating the arrival of Christopher Columbus.

Returning to my colleague's comment, celebrating Columbus' arrival in the Americas without acknowledging the sins his journey unleashed is truly rewriting history — or hiding those chapters in the basement so we don’t tarnish our view of the perfect American experiment. Our treatment of the indigenous peoples is among the sins we have yet to atone for as a nation. 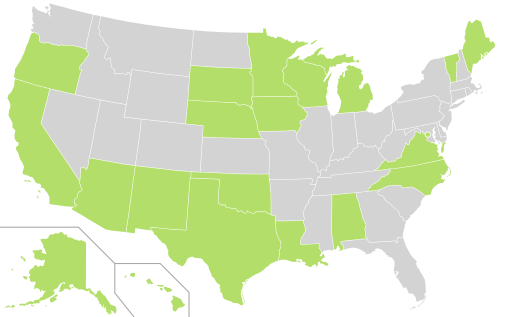